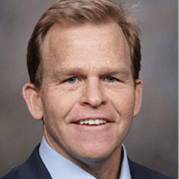 The latest issue of Executive Perspective features John R McCarthy, President and CEO of Mainline Information Systems. Under John’s leadership, the privately owned company has undergone a dramatic transformation. In this interview, John walks readers through his career and the series of opportunities that informs his leadership today, such as the role he played in selling StorageApps to Hewlett Packard for $350 million. As his eyes were opened to the M&A market and “the ability to convert small organizations into large returns,” he came across the opportunity to run Mainline alongside founder and owner Rick Kearney. As he discusses his leadership strategy, John explains how he has been able to manage the shift of being the big IBM shop to providing a wider spectrum of offerings that still handles its long-term relationships with great care. John also emphasizes the need to balance next steps and current opportunities, making sure that Mainline is not “distracted with selling a future that doesn’t help us make a profit or fulfill a customer need.” In addition to sharing biggest growth opportunities for Mainline in 2018 and beyond, John delves into the benefits of being in the private sector, the profitability of infrastructure hardware, and the pride he has as the older brother of Academy Award-winning director and screenwriter Tom McCarthy. Closing the interview with how his company has been able to remain competitive by “gathering all the pertinent facts,” John discloses the most useful advice he had learned throughout his varied career.