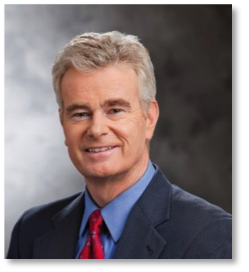 In this month’s issue of Executive Perspective, martinwolf interviews Ken Lamneck, President & CEO of Insight. Ken holds more than 20 years of industry experience, having begun his career as an engineer at IBM following five years in the US Army. He rose through the ranks at Arrow Electronics, becoming president of the company’s Industrial Computer Products business. Following a period as President of the Americas for Tech Data Corp., Ken joined Insight in 2010. In the interview, Ken discusses what inspired him to begin a career in the IT industry, and how today’s economic conditions have shifted the landscape – especially for small businesses who are now empowered to “compete like they’ve never been able to before.” Ken also goes into detail about the cloud, big data and analytics, Internet of Things, and the effects that they and other items in the news are having on Insight and other solution providers. He closes with a behind-the-scenes look at Insight’s brand refresh and shares something he learned early on concerning the most important thing he does.